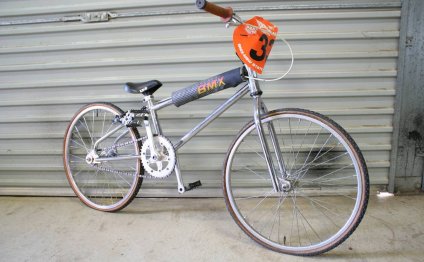 Chuck Robinson began Robinson in the mid to late 70's. He previously worked for
DG, Webco and LRV. Chuck made a decision to begin his own brand of bicycle after
advertising and marketing and creating those various other companies. I became his first PRO driver, later on
he included Bobby Woods. Chuck always had his bicycles fabricated by 3rd party
sources. He had been under funded and ended up being never ever able to run full-time advertisements within the
magazines. He did just what he could regarding spending plan he previously. Chuck was a big
promoter associated with the recreation of BMX and did a great work in taking items to
another amount.
In the early times he made smaller structures for the younger children
and then went into creation of bigger bicycles within a year approximately. We have a
number of catalogs from late 70's aided by the item directories. Into the 1980
catalog he had two larger structures they certainly were called the "professional Series" One had
an American BB also it was the "Bobby Woods" Signature design. The other "Pro
Series" framework had a European BB and it also ended up being the "Scott Clark" Signature design.
He additionally had a middle sized frame called the "Amateur show" all with United states
BB's. There is also an "Amateur" "small-size" framework. Besides the
frames there were two model of forks "full-size" and "Small Size", Two
handle-bar designs "Pro Bars" and "consultant Bars". As for soft use... he sold
Stickers, Hats, Tees, Rushing Jeans, Gloves, Jackets, Equipment Bags, Jerseys
and Pad Sets.
In 1980 the "nationwide Factory" team consisted of professional's Scott Clark and Bobby
Woods. The amateurs were Duane Ballenger 13expert Norwalk, CA, Gary
Renteria 11expert Irvine, CA, Rory Ingano 18 Expert and from Honolulu HI ,
last but not least Mark Wegener 18expert from Atlanta, GA
The Support team ended up being: Dave Hilton 16 Pro Portland, OR, Don Johle 15expert
Dallas, TX, Scott Robbins 15expert Atlanta, GA and finally some driver by
title of Gary Ellis 14expert Tacoma, WA...(in addition ask Gary whom taught
him to iron his clothes on summer time tour...not their mother...I did...lol)
Chuck in fact caught wind associated with the Murray bargain and helped get me on staff.
Because of their under capital he was having a difficult time getting united states to all the
events. He was a great person and constantly looked aside for their riders. Also
if it implied allowing them to buy a far better offer. Later on after the Murray bargain
faded I experienced my very own organization "SCP" I sold pad units, tees and competition jeans. I
rode Chuck's bikes and co sponsored the team with my racing jeans. I
traveled to England when you look at the mid 80's and did a promo trip for per month
advertising Robinson and SCP. After I retired from BMX to race Speedway
Motorcycles Chuck started having his manufacturer product line manufactured by GT ( who at
the full time ended up being making most of the BMX bikes available ) Chuck ran into
economic difficulties and GT acquired Robinson at that time. Chuck visited work
for GT and performed promotion benefit them and going up the "Southern
United states" sales because he spoke Spanish along with other languages. Chuck
wasn't delighted at GT, specifically with wealthy longer. Chuck stumbled on myself looking
for a job (I happened to be working a tank manufacturing plant in L.A.) I didn't
have everything for him. We kept contact and I also had him over the house for
BBQ's, Shooting Pool etc... One time we BBQ'd, shot some share and
planned to attend a baseball online game later in the week. Chuck went home around
10:00 pm, I labeled as 2 days later on and discovered he previously died that evening
around 12:00. He had been a very good man, did a ton when it comes to sport of BMX and it is
really one of the "unsung" hero's of our sport.
I am hoping this will assistance with the item range but mainly realize there was a 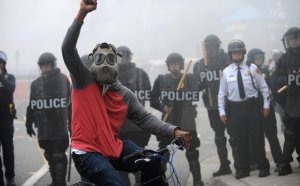