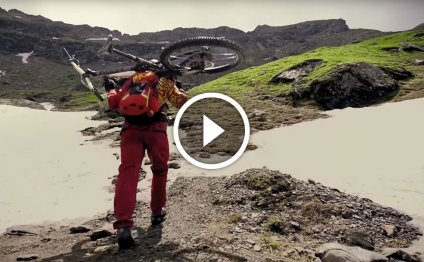 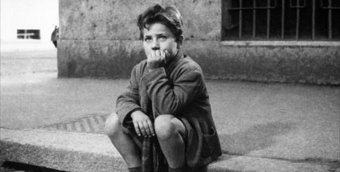 If you need inspiration to get back in the saddle, or a little something to keep you motivated on the trainer, we’ve got you covered. Here are 10 bicycling-themed movies to watch on Netflix now, as a supplement to our list of currently-available Tour de France documentaries. We’ll be updating this list regularly, adding and removing films based on Netflix’s changing offerings.

Pee-wee’s Big Adventure
Pee-wee’s quest to recover his stolen vintage Schwinn is arguably one of the greatest cycling movies of all time. We won’t risk spoiling any of it for you.

BMX Bandits
It’s no Rad, but this ‘80s BMX cult classic is worth a watching for a look at teenage Nicole Kidman and a memorable scene featuring BMXers escaping a gang of criminals via waterslide. (Note: I just rewatched this scene and it definitely holds up.)

1 Way Up: The Story of Peckham BMX
For a more modern and earnest take on the world of BMX, this 2014 documentary shares the story of two London teens hoping to escape a rough neighborhood and qualify for the BMX World Championships.

The Bicycle Thief
Set in postwar Italy, this moving, cinematic classic is about a son and his struggling father, who needs to get his stolen bike back so he can hold down a job.

My Italian Secret: The Forgotten Heroes
Gino Bartali was a famed Italian Tour de France champion (1938 and 1948) whose true heroism wasn’t recognized until after his death in 2000. During World War II, he hid a Jewish family in his cellar and used his bike training as a cover while he transported anti-Nazi messages to the Italian Resistance. He also risked his life to literally cycle Jewish refugees to safety in a secret-hatched wagon pulled behind his bicycle. This 2014 documentary tells his incredible story.

Girl on a Bicycle
This lightweight rom-com concerns a Paris tour bus driver who falls for a French woman on a bicycle, with an international cast and mostly English dialogue.

Tracers
You’ve seen Quicksilver. You’ve seen Premium Rush. But have you checked out Tracers, the action-packed tale of a New York City bike messenger on the run from the mafia? It features some entertaining BMX footage and a lot of parkour.

The Kid with a Bike
This touching Belgian film concerns an abandoned 11-year-old boy struggling with his new life in foster care, even after getting his beloved bike back.

Where the Trail Ends
Filmed over the course of three years, this 2012 documentary follows the world’s top mountain-biking freeriders to some of the coolest, most-dubiously-rideable settings across the globe.

Strength in Numbers
If you want to get pumped up to shred some trails, this inspiring mountain biking documentary will do it. Get ready for beautifully-shot freeride, downhill, slopestyle, and dirt-jump footage captured all over the world.