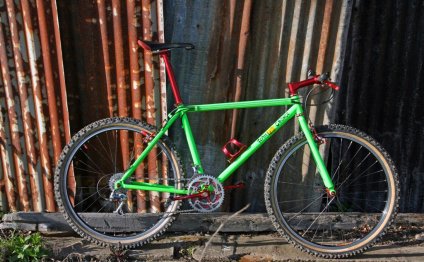 Great Bike at a fantastic Cost

"Santa Claus" brought a 2008 Redline Roam to my 6 year old child last Christmas time because he'd already just level worn-out couple " Unique" bicycles. He had been getting a good enough driver to justify one thing with a little more capabilities and build-quality as compared to low priced department store material, therefore the Roam had a price that "Santa" discovered very reasonable. Both he and I could NOT be happier with this specific bike. He positively LOVES the bicycle for the speed, its lightweight as well as its fast managing (great brake system too). I love its quality components that are showing NO signs and symptoms of wearing out or breaking after nearly year of very difficult usage.My son has been operating "two-wheelers" since shorty after his third birthday in which he became rather an accomplished driver for his age. He has got even taken fully to sporadically operating his Redline Roam on technique ramps at our local skate park. Even though the Roam isn't the most readily useful bike around for that usage, he is only discovering the "trick" things which small BMX bicycle is holding up to it pretty well. We'll oftimes be ponying up for a "freestyle" bicycle within the next couple of years and I also WILL return to Redline to find one.